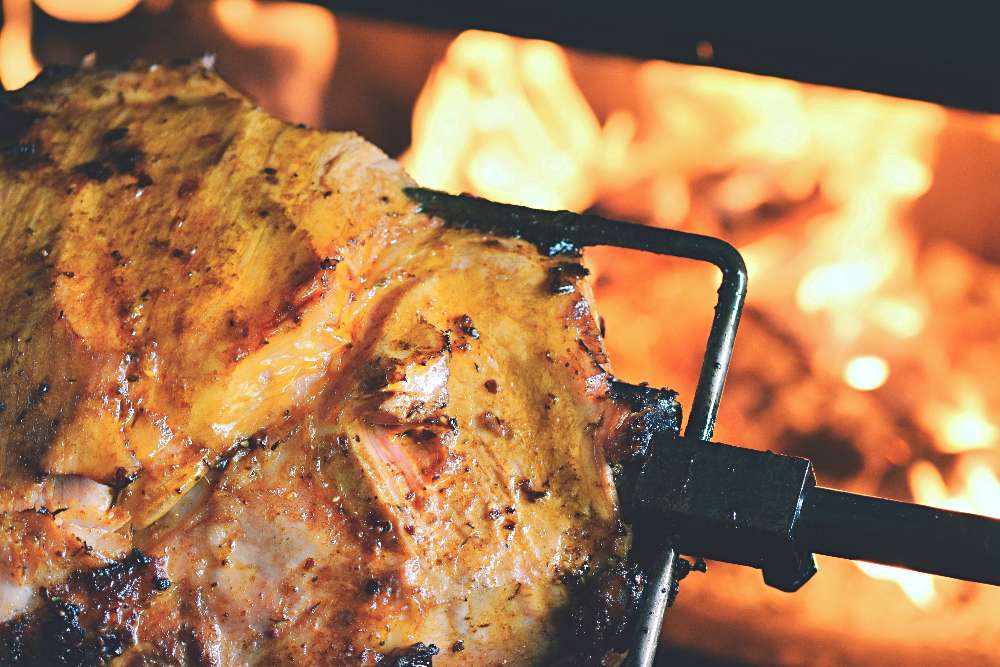 Among the many versions of roast chicken offered in South Florida, there is one that is among the tastiest for its authentic Peruvian flavor: Pollos y Jarras Miami This restaurant knows that the secret is in the dressing and marinade as they do it in Peru to achieve a dish that the whole family likes from the first time they try it.

You still don’t know this place and would like to know more? stay in this article. Spoiler alert: it will whet your appetite.

Under the leadership of chef Juan Chipoco, Pollos y Jarras Miami offers traditional Peruvian food such as the popular ceviche, aguadito de pollo, chupe de pollo, lomo saltado, grilled meats and juicy roasted chicken. All this can be accompanied with drinks and traditional Peruvian desserts such as pisco sour, flan or the delicious dulce de leche, among other options.

This restaurant has several locations in downtown Miami, but the most recent one is on Lincoln Road, Pollos & Jarras Miami Beach. So, after enjoying a stroll along the beaches of this city, there is nothing better than going to taste roasted chicken, barbecues or other Peruvian specialties to recharge your batteries with dishes that stand out not only for their flavor, but also for their generous portions.

Pollos y Jarras Miami has a very particular seal: its colorful decoration. Something that Peruvians like very much and that is ideal to highlight the family atmosphere that they offer to their diners, from Monday to Sunday.

Chef Juan Chipoco set out to bring the best Peruvian cuisine to the United States and his dream has materialized with the restaurants he has opened in the Magic City, as Miami is known.

In all these spaces, Chipoco makes sure that the ingredients that distinguish Peruvian food are present, especially the yellow chili bell pepper -also known as aji escabeche-, considered the king of this gastronomy due to its unmistakable spicy flavor and the color it adds to the dishes.

How is rotisserie chicken served at Pollos y Jarras Miami?

Pollos y Jarras Miami offers several presentations of rotisserie chicken. You can order it whole, half or quarters depending on how much energy you need to replenish.

The whole chicken comes with french fries, salad and sauces. It is enough for approximately four people.

The quarter and half chicken come with the same side dishes, but are enough for one and two people respectively.

If you prefer, you can request an extra portion of white rice, tostones, fried yuca, papas bravas or fried sweet potato.

If you explore the menu a little more, you will find excellent Peruvian barbecues that include roast chicken, an example are the dishes:

Pollos y Jarras Miami restaurant has several locations in this city: Downtown Miami, Aventura Mall and South Beach – Lincoln Road, here it shares space with the restaurant CVI.CHE 105, since chef Juan Chipoco is the owner of both.

Do you dare to discover other flavors of Peruvian gastronomy?

Pollos y Jarras Miami is an excellent option in the city to taste Peruvian food in an informal atmosphere. But we want to tell you a secret: if you are really a fan of the gastronomy of our beloved country, there is another cuisine that you surely do not know, the chifa food.

Chifa is the result of the fusion between Chinese and Peruvian cuisine. It arrived in Peru with the first Chinese migrants, back in the 19th century, when in addition to their strength to work in the Peruvian haciendas, the Asians brought part of their millenary cuisine. To the rice that they received as food after long hours of work, they added ingredients that they found in the Andean country and cooked it with the technique of stir-frying in the wok. This allowed them to obtain a totally new dish, which quickly gained followers, such as chaufa rice, today considered the jewel of chifa food.

The fusion of both cuisines has given rise to the most explosive and varied dishes. An experience for the palate of those who appreciate the combination of flavors and textures in a single feast.

In Peru, eating chifa is part of everyday life. There are so many restaurants that serve this food that there is no excuse for not savoring it. In addition, every home has its own recipes for chaufa rice, lomo saltado, chijaukay chicken, tipakay chicken, and wantán soups, among others.

We are a restaurant that has set out to make known the best kept secret that the Peruvians had of their cuisine, Chifa food.

We have two locations in the city of Miami: Kendall Dr and Bird Road. There you can enjoy the best chifa dishes as if you were in the heart of Peru.

The explosion of flavors achieved by the fusion of both cuisines will allow you to enjoy one of the best gastronomic experiences.

We have a table ready waiting for you at Chifa Du Kang! Come and enjoy the best chifa food in Miami! 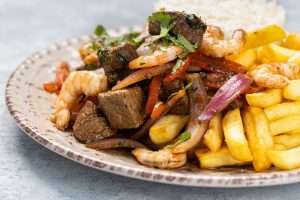